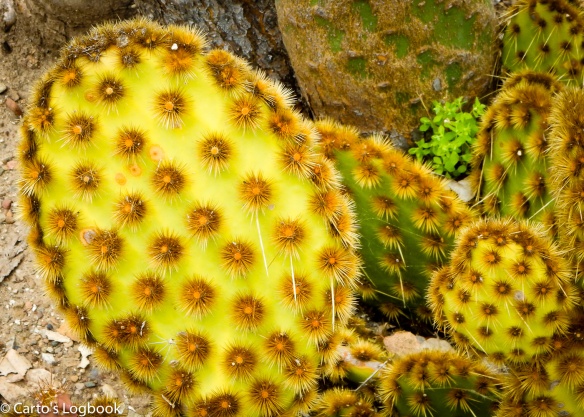 Last week I went for a walk in the Cactus Garden on Stanford campus off Arboretum Road near the mausoleum. The garden is always green, but this spring the colors seem more intense—perhaps because of the abundant rain this winter. 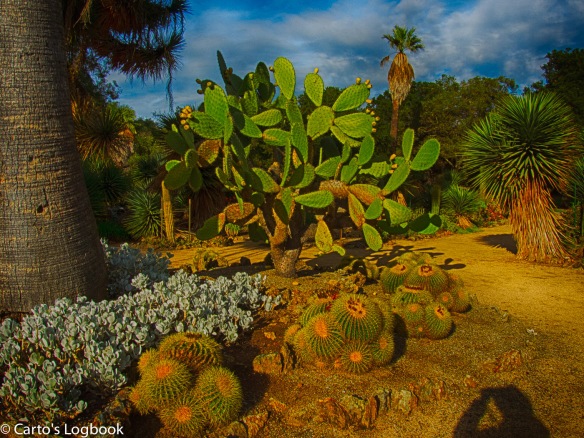 The Cactus Garden, officially called the Arizona Garden, was designed and planted between the years 1881 and 1883, and so predates the university by a few years. Lately, there has been considerable effort to revitalize the garden and the work is paying off.

The garden has many of the original plantings, some grown quite large:

“There are many unusual plants within the garden. Selections from the Cacti family include columnar, barrel and monstrose forms. Selections of succulents include Aloes, Crassulas and rosette-forming Agaves. View a map of the garden which includes pictures of the plants.” — Arizona Garden, Stanford