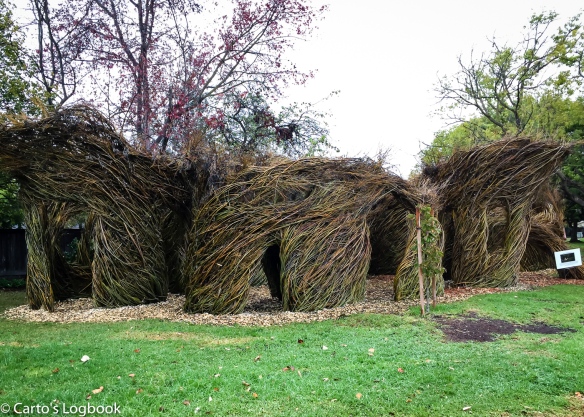 Whiplash 2016, Made of willow saplings by Patrick Dougherty

Patrick Dougherty, artist in willow, has returned to Palo Alto to weave a temporary play house from willow saplings on the lawn of the Art Center. 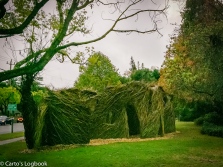 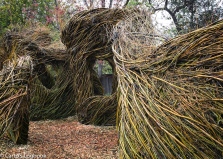 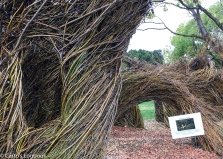 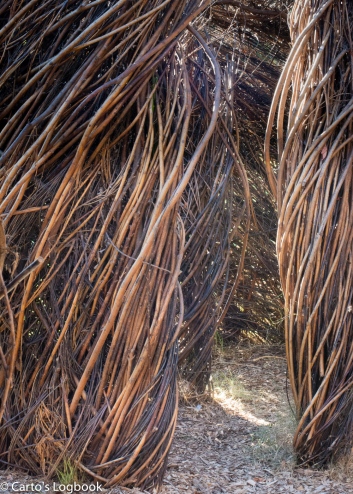 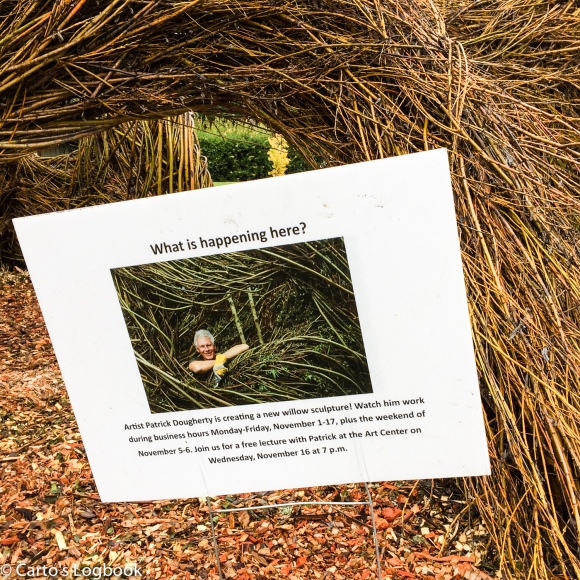 Whiplash, 2016, by North Carolina Artist Patrick Dougherty was created during a three-week artist residency. His sustainable willow material came from upstate New York, and was shaped in a process similar to basketry, but which the artist describes as akin to drawing. Patrick has created more than 275 monumental, site-specific sculptures on the grounds of museums, universities, botanical gardens, and private residences worldwide. His compelling sculptures evoke woodland architecture or gargantuan nests. — Palo Alto Art Center

This isn’t the first time Dougherty has created a temporary willow structure in Palo Alto. His first project was Double Take in 2011. It was so popular that people demanded that it be saved to no avail — it was demolished in 2014.

Follow this link to see the WordPress blogger’s responses to the Weekly Photo Challenge, Temporary.

1 thought on “Temporary — Willow Saplings on the Lawn”