We arrived at the De Young Museum with the intent of taking a look at Golden Gate Park and San Francisco from the Hamon Tower observation deck, but found a party in progress. We postponed our plans and joined the celebration for the opening of a new exhibition, Summer of Love.

Tom Finch and SF Airship getting set for a concert in the Wilsey Court or the De Young, 2017

Let the dancing go on in Wilsey Court — unbelievable. 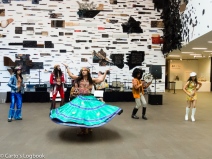 Well, we did finally visit the observation deck and the views were beautiful on this sunny spring day. 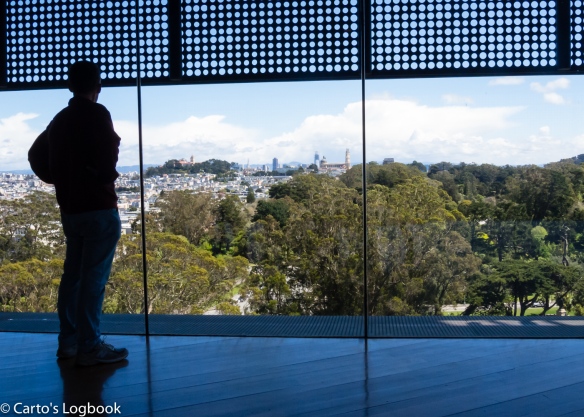 It’s all surprises in this week’s photo challenge, here.