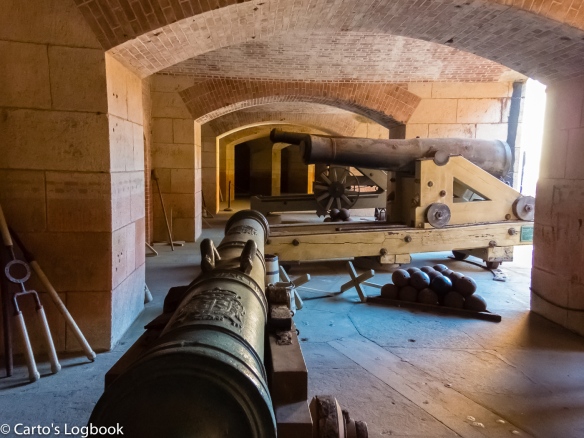 The first cannons installed at Fort Point shot only 8″ cannon balls and could not reach across the narrows. Later, 10” guns were installed, but by then ships had rifled guns that could destroy the brick masonry of the fort. It was obsolete before it fired a shot in anger.

Security is illusive even for forts.

Fort Point  is now a San Francisco tourist attraction and part of the National Park System. It was built during the American Civil War to protect the gold an silver reserves of San Francisco, which were needed by the Union to finance the war.

When the Golden Gate Bridge was built in 1936, the plan was to demolish the fort, but lead engineer Joseph Strauss instead preserved the fort and surroundings. 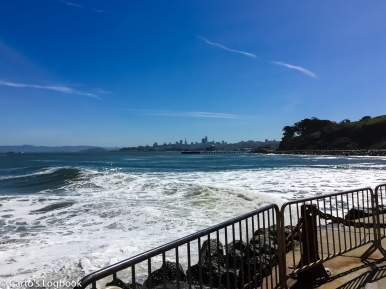 Fort Point guards the narrows of the Golden Gate, 2017

Look up to see the bridge

Looking across the narrows from the sea wall

1 thought on “Security — The Cannons of Fort Point”