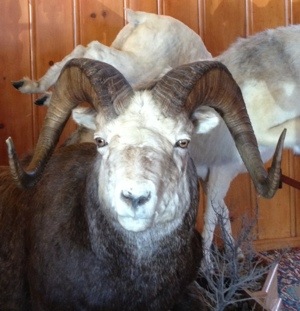 This bighorn sheep in the lobby of the Stagecoach Inn stares back at you with a serious look. Hey trophy hunters what’s up with you? The taxidermist did a good job.

Bighorns have been living in Yellowstone Park for a long time. They were hunted by the Shoshone Tukadica tribe who ate the meat and used the hide for clothing.