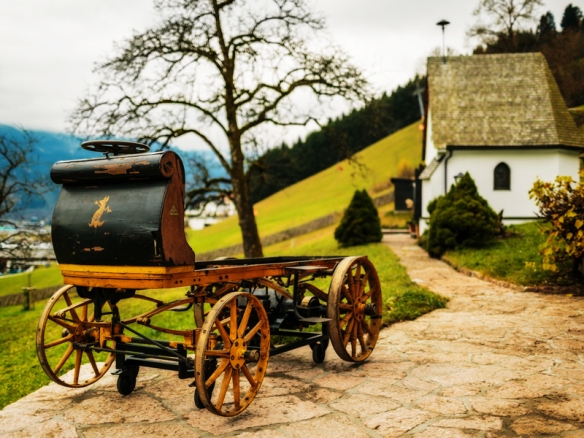 Not a wagon, but an electric car with a 50 mile range and a top speed of over 20 mph. This is the Porsche model P1, one of four built in 1898, by Ferdinand Porsche, the founder of Porsche car company. The car was discovered in an Austrian warehouse where it had been stored since 1902. It sat there untouched through two world wars and is now headed for the Porsche Museum in Stuttgart.